In this article, we’ll talk about some of the most widely used Python Developer Tools across the world.

What is Python Program? Get to Know More

Python is a popular open source and cross-platform programming language. It was first released in 1991. Nowadays Python is one of the most popular languages among developers. There are many reasons why is python in demand.

Python is an object-oriented language with integral dictionary data structures. This implements that there’s no need to assemble the code before runtime. This reduces the total working hours of the developer.

The two main reasons are – 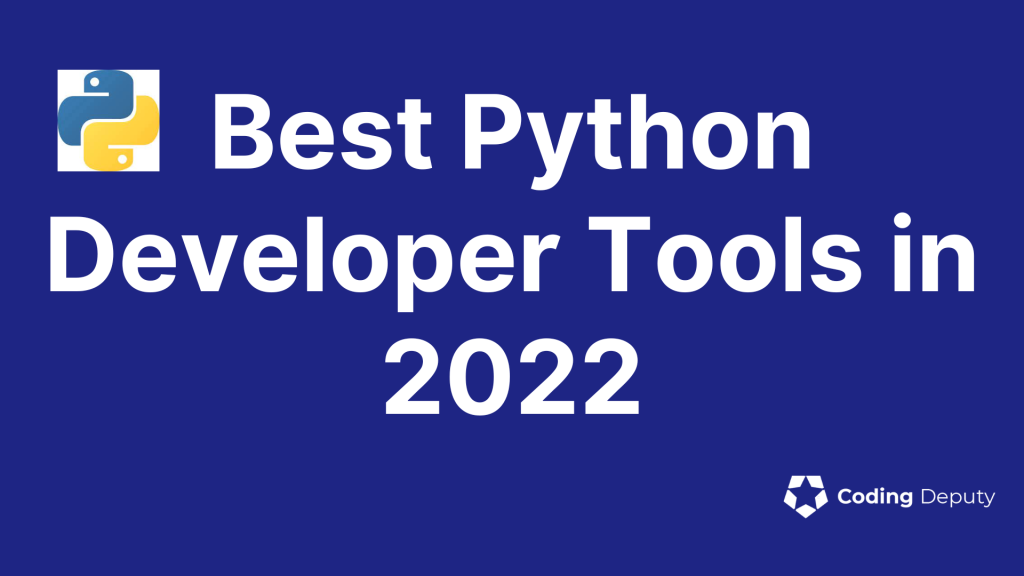 Why is Python in Demand? Learn about its uses.

Let’s examine Python’s significance and applications to determine why is Python in demand.

What is Python good for:

Advanced users would also have advantage if they add Python to their catalogue of programming languages. Python was used in the creation of certain well-known platforms, including Google Search and YouTube. Python is easily one of the most marketable languages in 2022.

It is a machine learning tool that is open-source. The primary purposes of this Python development tool are data mining and data analysis. Developers, ML Engineers, and Data Scientists use this software. One of its qualities is how quickly it can complete various benchmarks on practice datasets.

The key features of this tool are regression, clustering, model selection, and pre-processing. It provides grid and random searches in addition to a consistent and user-friendly API.

Python development software is an open-source high-level neural network library. It is ideal for machine learning and deep learning. User-friendliness, modularity, simple extensibility, and working with Python are the four guiding concepts of Keras. It enables the simplest possible expression of neural networks.

Indisputably, one of the best Python developer tools is selenium. It is a free and open-source framework for automating web applications. In addition to Selenium, numerous additional programming languages can be utilized to write test scripts. Such as Java, C#, Python, PHP, Perl, Ruby, and many more.

Furthermore, all main operating systems like Windows, macOS, and Linux. These systems allow you to run tests from any browser like Chrome, Firefox, Safari, and Internet Explorer. For managing test cases and producing reports, Selenium can also be integrated with programs like JUnit and TestNG.

Data may be extracted from HTML and XML files using this Python Development Software. It is compatible with any parser of your choosing. Allowing you to take advantage of several Pythonic idioms for traversing and altering a parse tree. Screen scraping is one of the jobs the application is used for.

It can automatically convert receiving documents to Unicode and export documents to UTF-8. This excellent program can help you avoid doing hours of effort.

Theano permits you to define, optimize, and examine mathematical computations. This contains multi-dimensional arrangements. It is one of the first-rate python development tools loaded with capabilities. These skills include tight integration with various languages. NumPy, obvious use of GPU, and widespread unit-checking out are some examples.

Theano is famous for constructing Deep Learning Projects. Programmers ought to not forget this device for python development.

PyCharm gives spontaneous auto-completion, tips, and additional code first-class enhancement features. You also can depend upon it for sensible automatic code refactoring, and code inspections, among different abilities.

PyCharm helps a number of the maximum famous frameworks like Django, Flask, web2py, etc. The IDE has some integrated databases and developer equipment for debugging and profiling. All of which seamlessly integrate with Visual Studio Code for similar functionality.

It is NumPy and Matplotlib library integrations that make bigger its medical computation capabilities. PyCharm’s far-flung development, cross-generation interoperability, and incorporated checking out centers spherical off this IDE’s all-embracing feature-set.

Python Anywhere got popular for its consistency and dependability in taking care of SDLC needs. This Platform as a Service lets you develop, run, and host Python programs on the network.

It has in-built Python NumPy, SciPy, BeautifulSoup, and PyCrypto libraries. These libraries deploy automated apprises directly from your browser.

Scrapy is an open-source and cooperative framework. It serves as a framework for programs used to build web spiders. These web spiders crawl websites. It is generally used to extract webpage data.

Scrapy is a fast and high-level web crawling Python Developer software. A scraping framework can also be used to do jobs like data mining, automated testing, and other projects. It can easily run on three major operating systems Windows, macOS, and Linux.

TestComplete is a Python Development software that supports web, mobile, and desktop automation testing. But you must get commercial authorization to use it. It also allows you to perform keyword-driven testing, just like Robot Framework. This Python Developer software has the feature of easy-to-use record and playback.

It supports many languages like Python, VBScript, and C++ script. Similar to Robot Framework, this can perform keyword-driven testing. A notable feature is that its GUI object recognition abilities can detect and update UI objects. This helps decrease the efforts essential to keep test scripts.

You can increase the framework’s facilities by further mixing it with Python libraries. This can be used not only for web app testing but also for Android and iOS test automation.

If you use these Python developer tools properly, they can be useful for a variety of tasks. Few uses of Python are in Mathematical computation, data science, machine learning and AI. Developers must become familiar with Python tools to improve their SDLC abilities in order to make the most of the language.

You can hire the most capable and skilled experts at coding deputy for your Python Homework Help. We provide these services that affordable costs. Our content will be 100% unique.

Call by Value vs Call By Reference

5 things we promise to you: